The attached file is the scope trace of the PPM data stream from the JR9XII (equivalent to the JR9303). The trace is taken relative to the shield line from the D.S.C. port behind the radio. The vertical recticle is 500mV, and the horizontal recticle is 2.0ms. 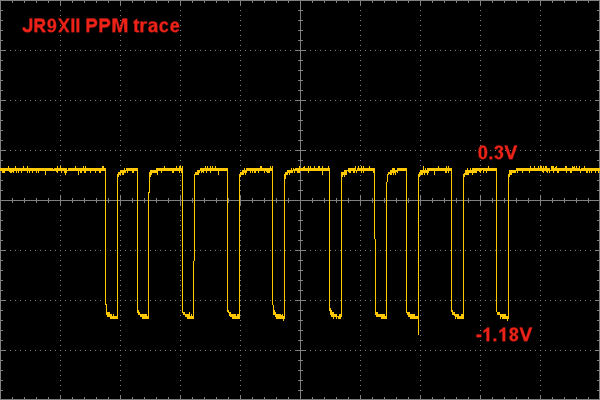 You will notice that the voltages are not centered around 0V, indicative that the output line probably passes through a large valued capacitor (AC-coupled). This could present problems for devices expecting a TTL compatible ground relative (DC-coupled) signal. 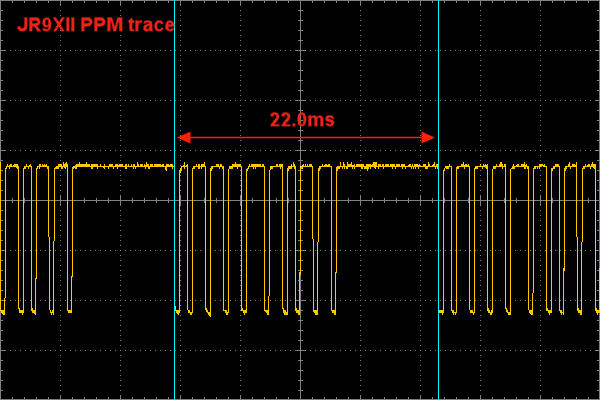 The following trace is from the Multiplex Royal evo9. The first thing you notice is the large voltage swing - up to 8V relative to ground (0V). This could pose issues to inputs expecting TTL compliant levels or inputs that are not tolerant to the higher voltages. In this trace, the vertical recticle is 2V and the horizontal recticle is 2.0ms. I have shifted the trace down by two recticles for a better zoomed-in view, so 0V is two recticles down. 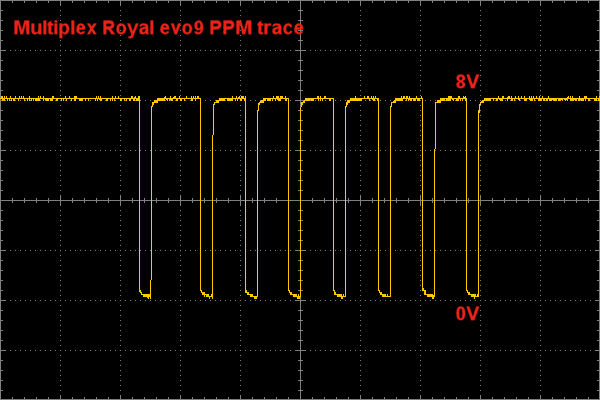 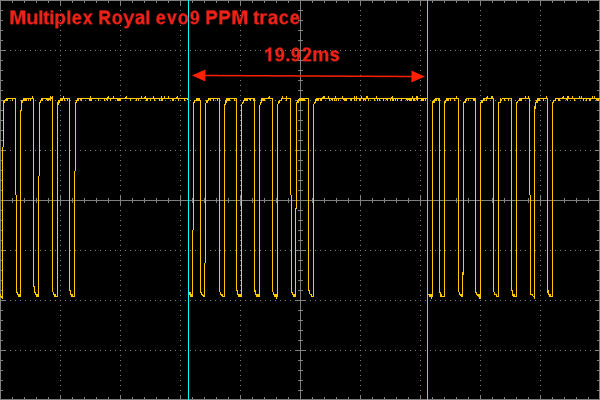 The trainer port output of the Futaba T9CAP seems to provide a healthy rail-to-rail swing as follows:- 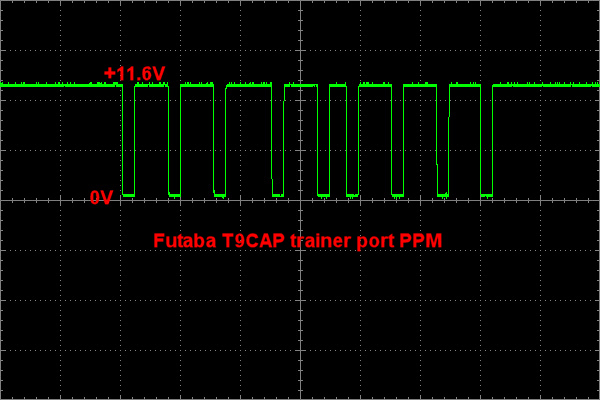 The output from the module connector pin-1, however, is open collector so if you want to see a decent voltage, you should provide a 10k pull-up resistor to the +ve line.

The Futaba T12FGA comes with two types of PPM modes, 8-channel and 12-channel. The 8-channel stuff is nothing to shout about but the 12-channel mode is rather peculiar, and appears to suffer from a bug.

The bug occurs only when all channels are reduced such that the total channel widths are less than about 12 * 496us = 5.952ms (rounded to6ms). When that happens, the PPM output essentially becomes garbage and is un-decodable.

The detection of this mode depends on fulfilling three criteria:-
1. there are 12-channels of data
2. none of the channels exceed 1.0ms
3. frame-period is not more than 18.0ms

I also found that contrary to popular belief, the T12FGA will quite happily put out PPM even without a module attached. It seems that nearly all the information I've been getting on this radio have been wrong thus far.