The DragonLink receiver is internally a 12-channel receiver but there wasn't enough space on the main board to accomodate all twelve headers so three channels were left out. To fully enable 12-channels, it is a matter of making the appropriate connections. Before attempting this, I should warn you that this involves some fine soldering and a fine tipped soldering iron, so unless you are very good with the iron, I would suggest not attempting it yourself. You perform this mod at your own risk.

To start with, you will need a small piece of perforated breadboard (Veroboard). Use a sharp blade and cut the trace on the board as follows:- 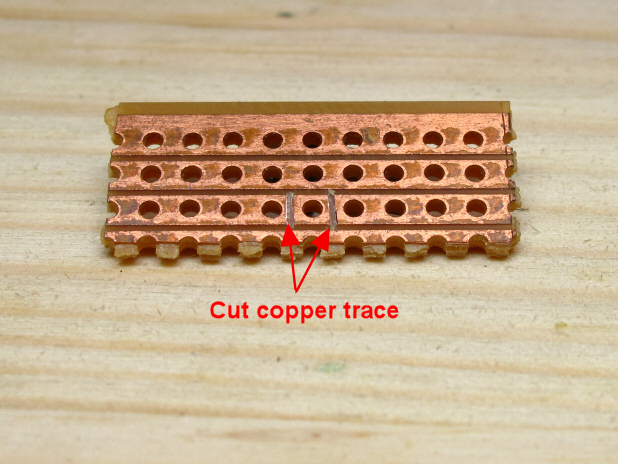 Then solder on the headers and wires as follows:- 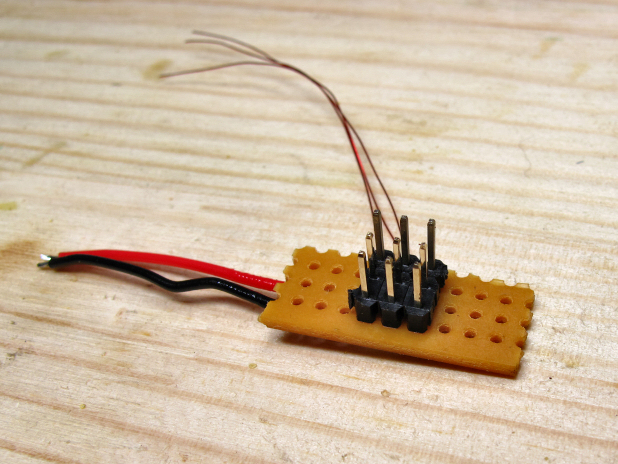 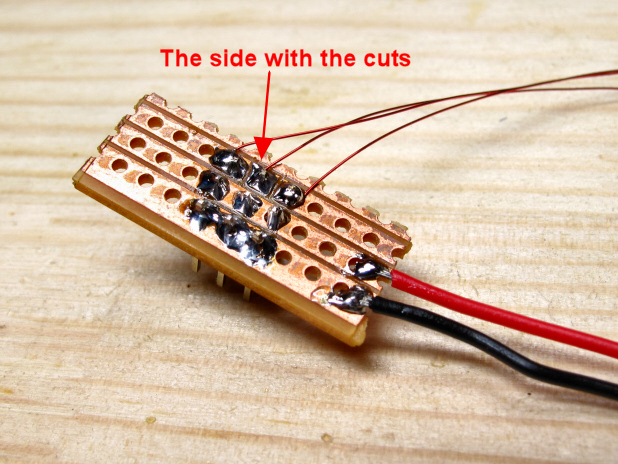 The power wires should be thicker multi-stranded wires as they carry the power to the servos. 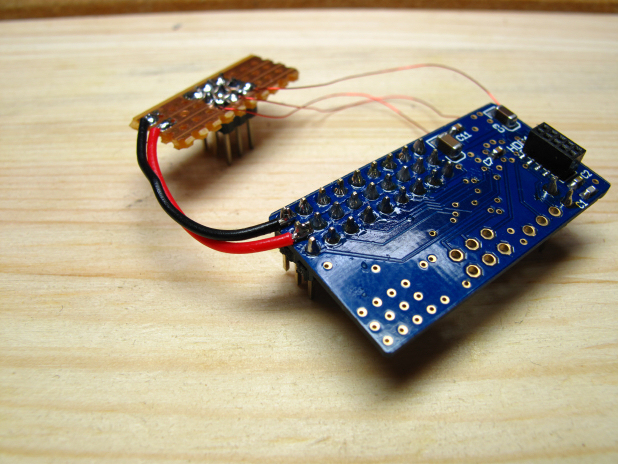 The signal wires are insulated magnet wires (thin red ones in the photos) and the insulation is removed at the other end in preparation for soldering to the MCU. You will need to remove the heatshrinking from the receiver board in order to have access to the MCU. When you do this, the spacing rubber between the boards may fall out. Be sure to keep it and replace it when you are done as it prevents the boards from bending and shorting. 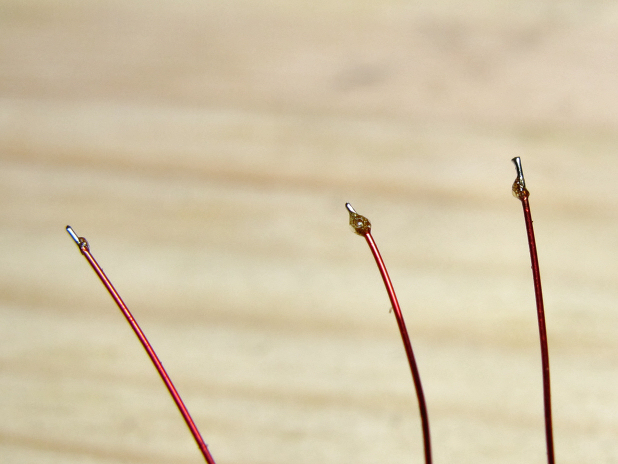 These are soldered very carefully to the MCU. Be especially careful not to short out the wire to the ground via next to the CH10 pin. 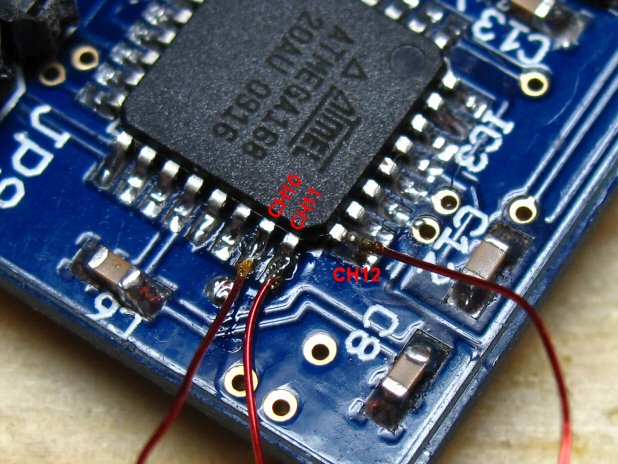 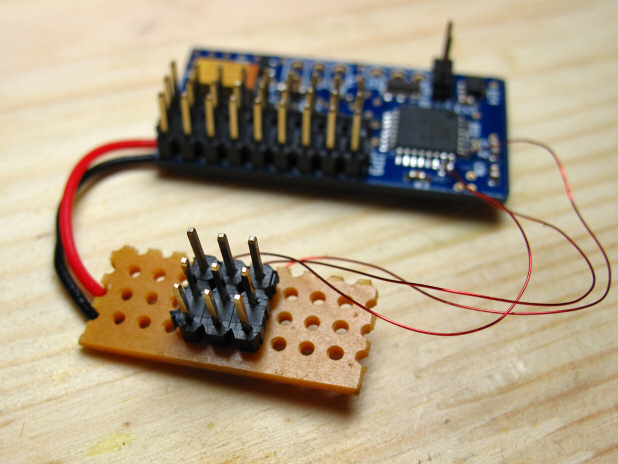 Check that all the connections are secure and safe. You will need to replace the heatshrinking. If you separated the boards, you will need to connect them back correctly, making sure that the inter-board header is properly lined up. Ensure that the power wires (red and black ones) are not touching the SMA connector. You can solder those two wires anywhere along the bus, not just at the end. 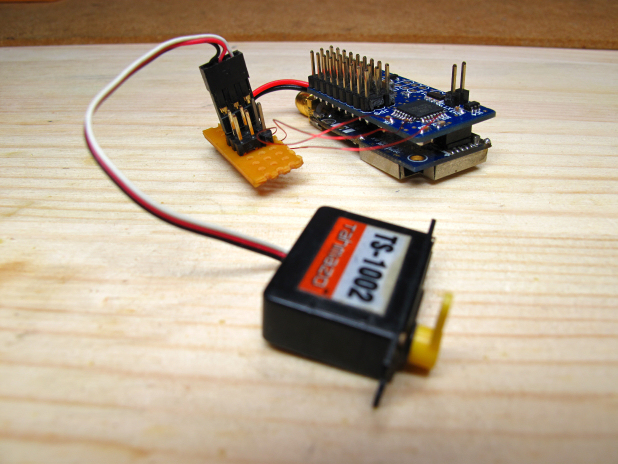 You should also find a way of securing the extension board so that the wires do not fray over time. Those magnet wires need to be protected.

This is what it should look like if you wish to remain the original board size. 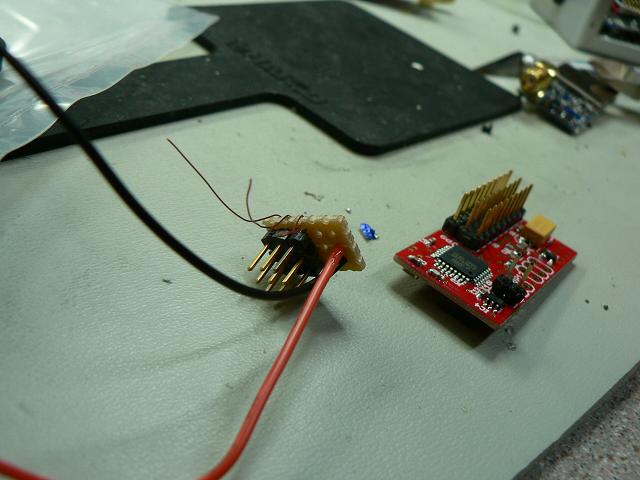 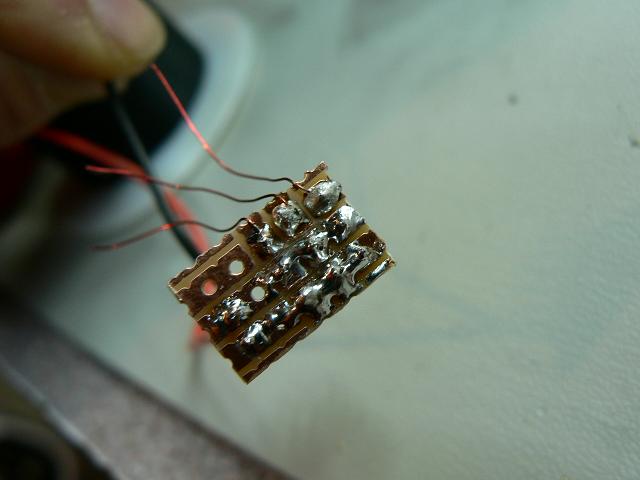 Here is the 12 channel receiver I made for Andre, it is going into a helicopter, so it was important that this be compact, strong, and not prone to damage by constant vibrations. I glued down the magnet wires after it was done to make sure they would not fail under the constant vibrations of a helicopter nor be shorted or pulled by anything. As you see the finished receiver is is not any longer than the origional being that the SMA connector sticks out anyways. I am very happy with the way this receiver turned out, it should be just as strong, and damage resistant as the origional. The only bad part was the amount of extra time and work it takes to do this nicely, the next guy that wants this will pay an extra 50 bucks for this modification !!! But it should work out very well and trouble free for those few people that must have 12 channels. 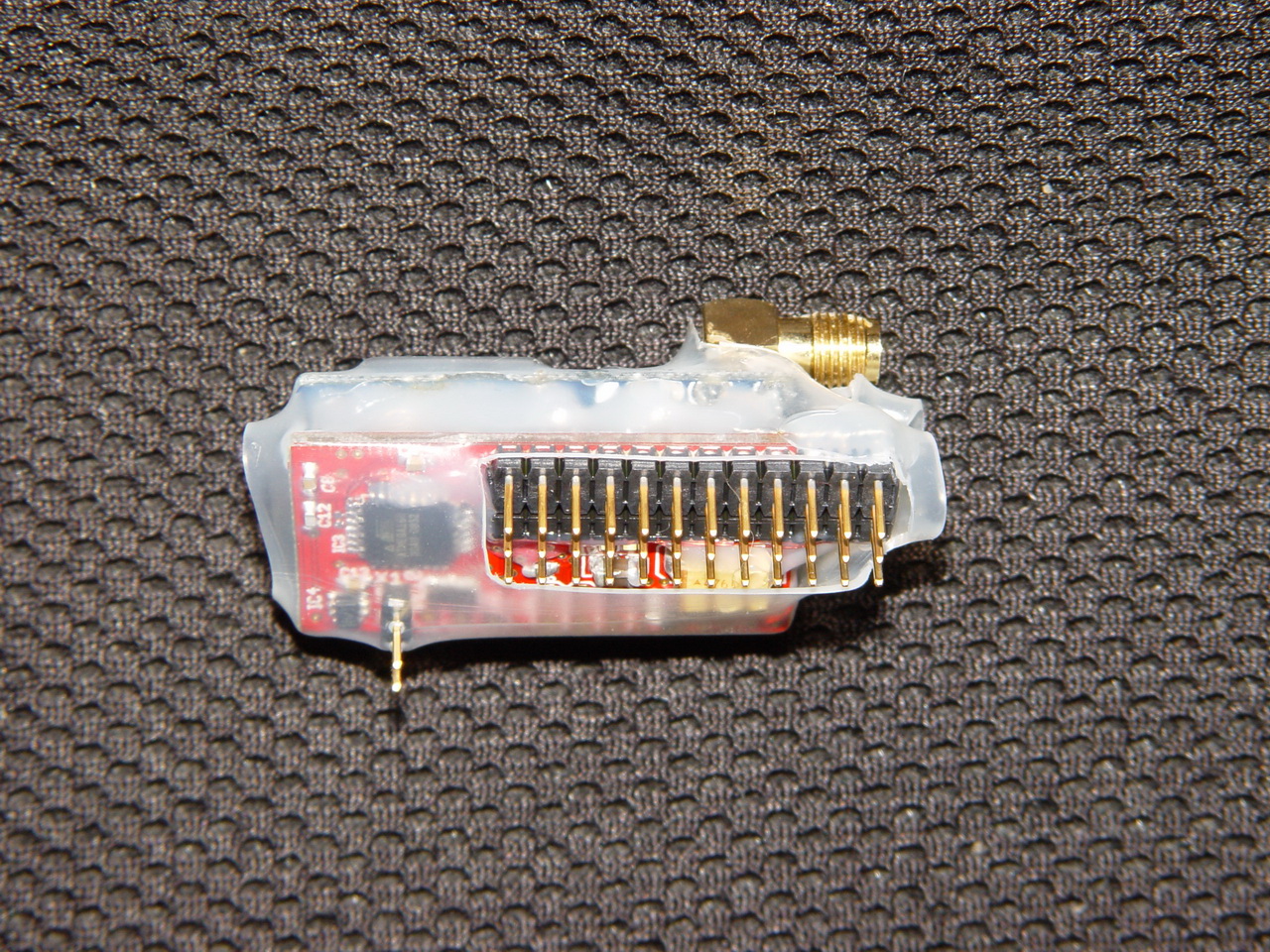 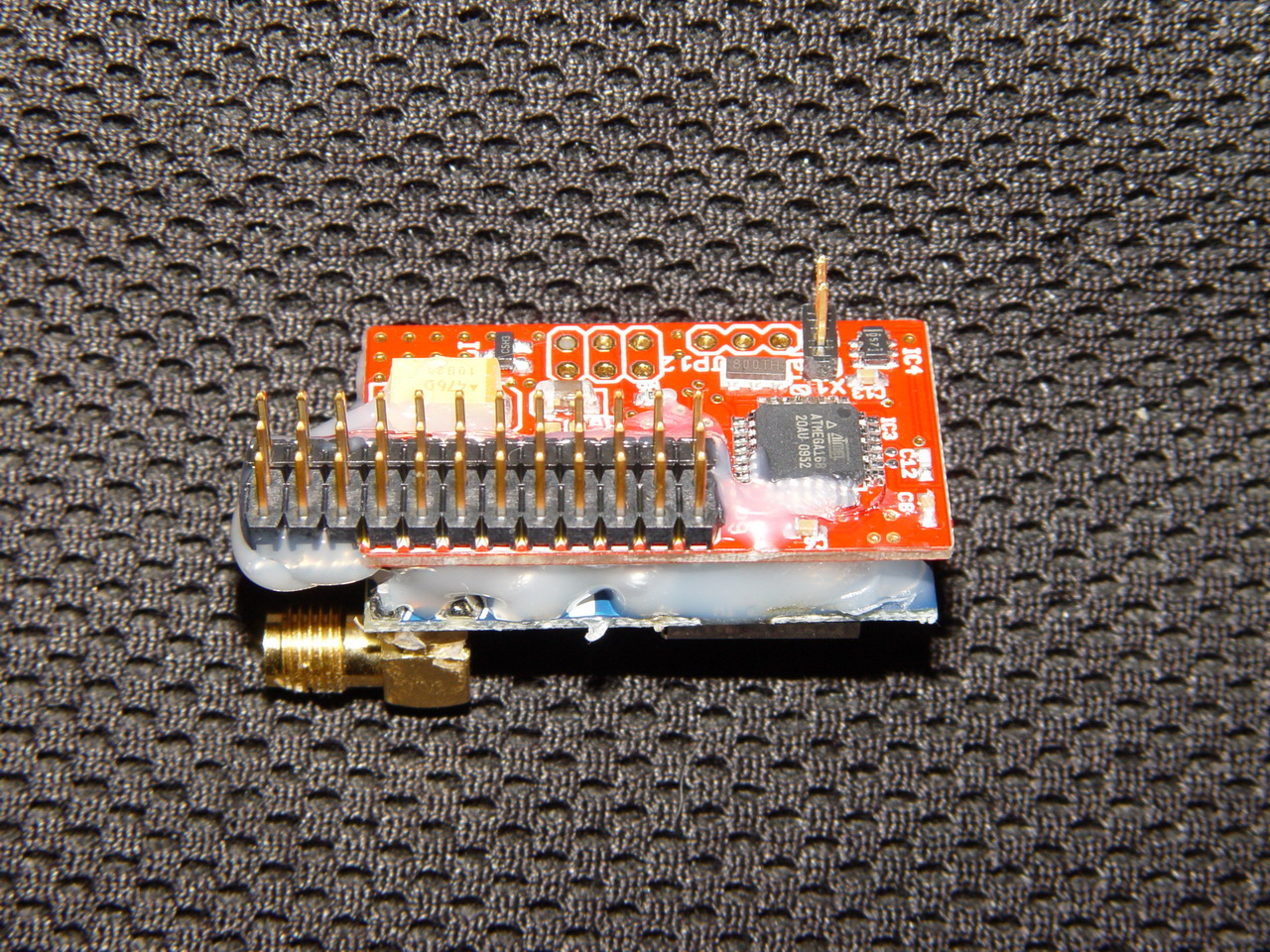 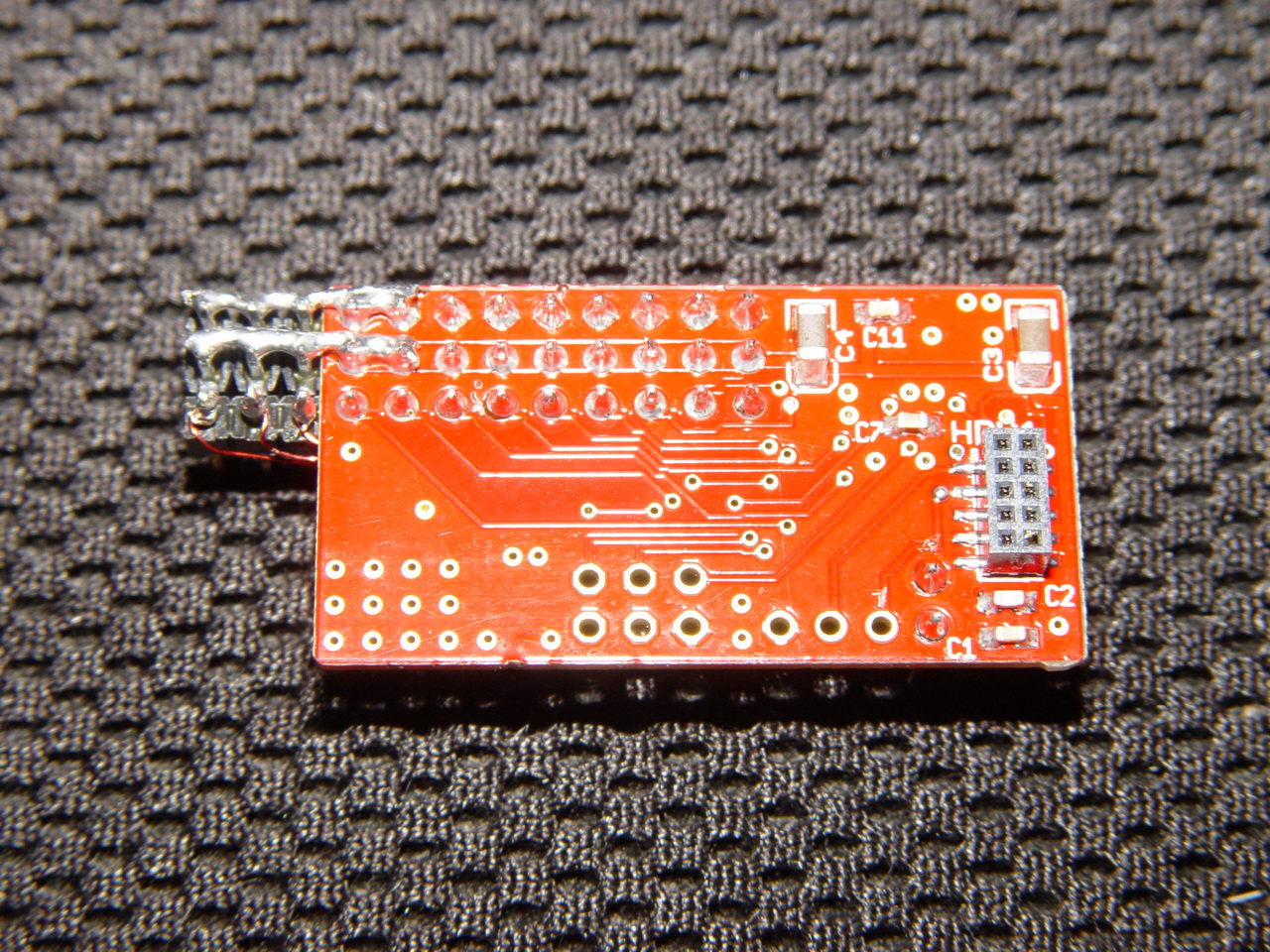 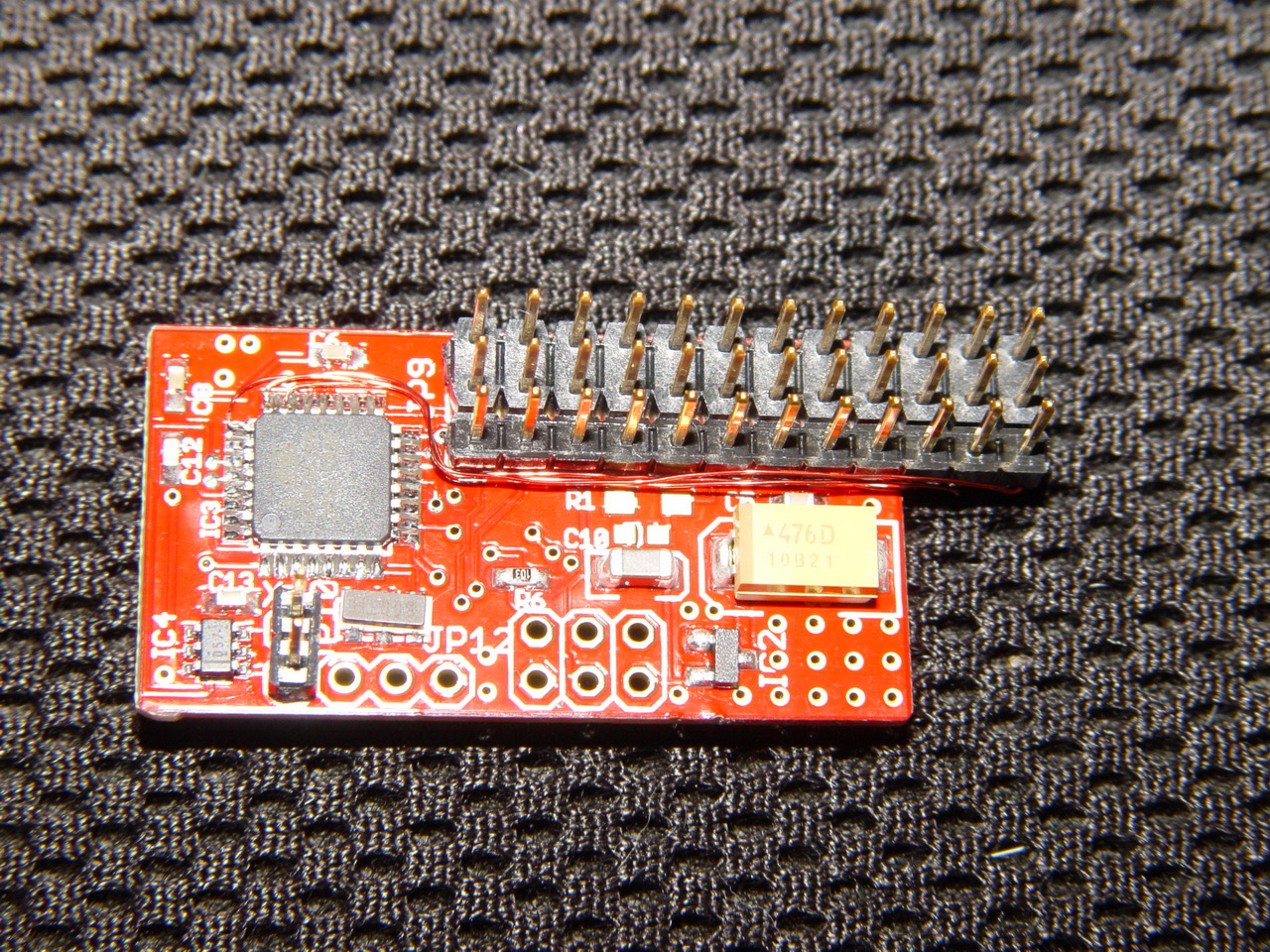 Thank you Mike Almighty.
I owe you a debt of gratitude for doing the delicate 12 ch brain surgery on the DL Rx.
Another thank you goes to Father Daniel and Brother John for making the DL a reality.
I suppose good things do come to those who wait.At least once in a blue moon.
Peace and clear blue skies,
Andre the undisputed long range heli FPV king of the hill
Top
Post Reply
7 posts • Page 1 of 1