Today I picked up a new microphone for use with Skype calls being that my previous one cannot be used because there are no Firebox drivers for Windows 7 64-bit yet. So I figured I'd get one of the Plantronics models since I hear quite a lot about the brand, just to see how it works out. This is a USB microphone so I plugged it into a free USB port and it shows up as a generic USB device which Skype recognizes as a microphone. There were no drivers that came with the unit. 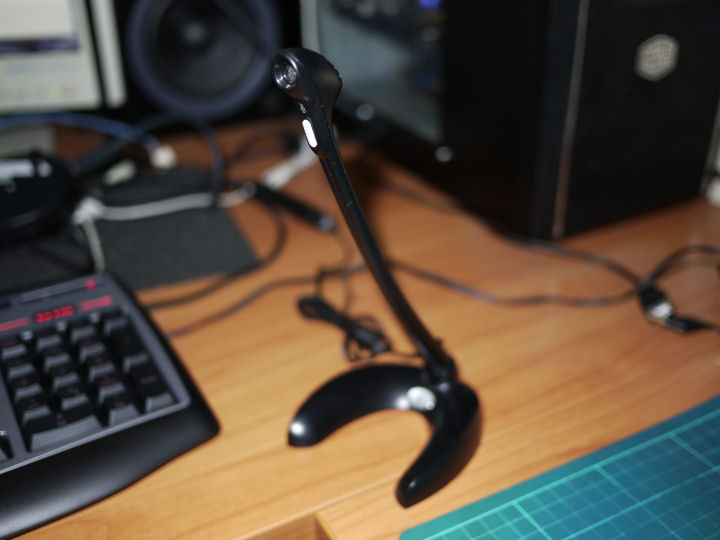 The first thing I did was did a Skype call testing service ("Echo") but the volume turned out very low. In fact I had to be only a few inches from the microphone to get any decent volume whereas the webcam microphone could do the same while being three times as far (albeit with poorer quality). This was unacceptable for me because one reason I opted for a desktop microphone was so that I can be free of tether when I move around the room. Since there were no special drivers, there was a corresponding lack of options. In fact, there is nothing that you can adjust for this microphone - which was kinda surprising considering that it cost about four times a similar microphone did.

I fiddled with this for a bit and decided that I could engineer this better so out came the screws and I had the unit apart in less than a minute. The microphone end of things is nothing more than a standard DC biased electret condenser. So much for the "Noise Cancellation" feature on the box, which turned out to be nothing more than rearward pointing vents (which the cheapest model also sported). You can easily tell that there are no special noise features from the circuit itself, which went from microphone to the USB adapter chip without additional amplification in between. 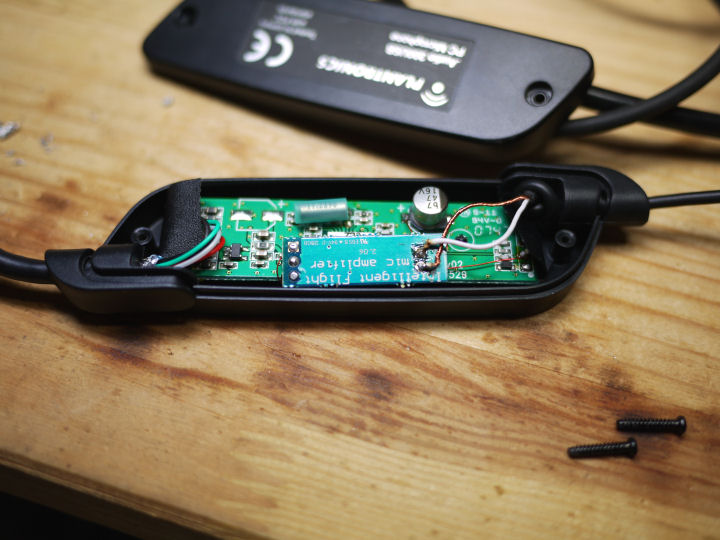 The first thing I did was to unsolder the microphone connections from the board, and pulled out an electret condenser amplifier board that I happened to have around. The next thing to do was to jumper the power, ground and signal lines and hook the microphone to the amplifier board. After that it was just a matter of making sure everything fit together before re-assembling the unit. Everything worked the same - plugged the unit in and it was recognized, which is good news. Next up was the Skype test and this time the audio was nice and loud (no noise cancellation expected this time). So, I am now happy with the microphone volume but miffed that Plantronics could not put in 3 more components to give us just a bit more gain to play with.

Return to “Other Stuff”