This is the catch-all forum for anything related to radio life!!
Post Reply
52 posts

We have two repeaters:-

Photos of the station at 9V1AI's place:- 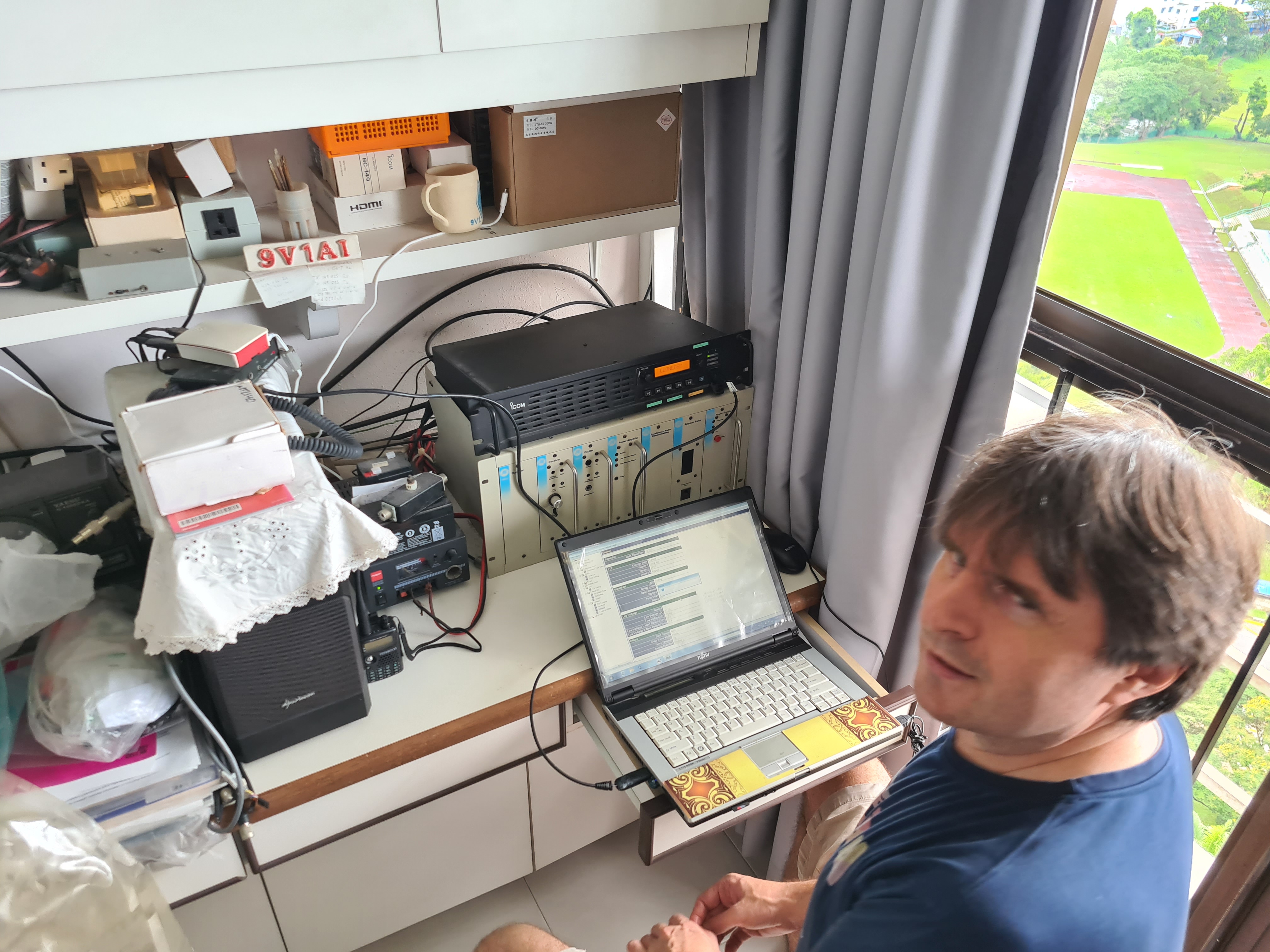 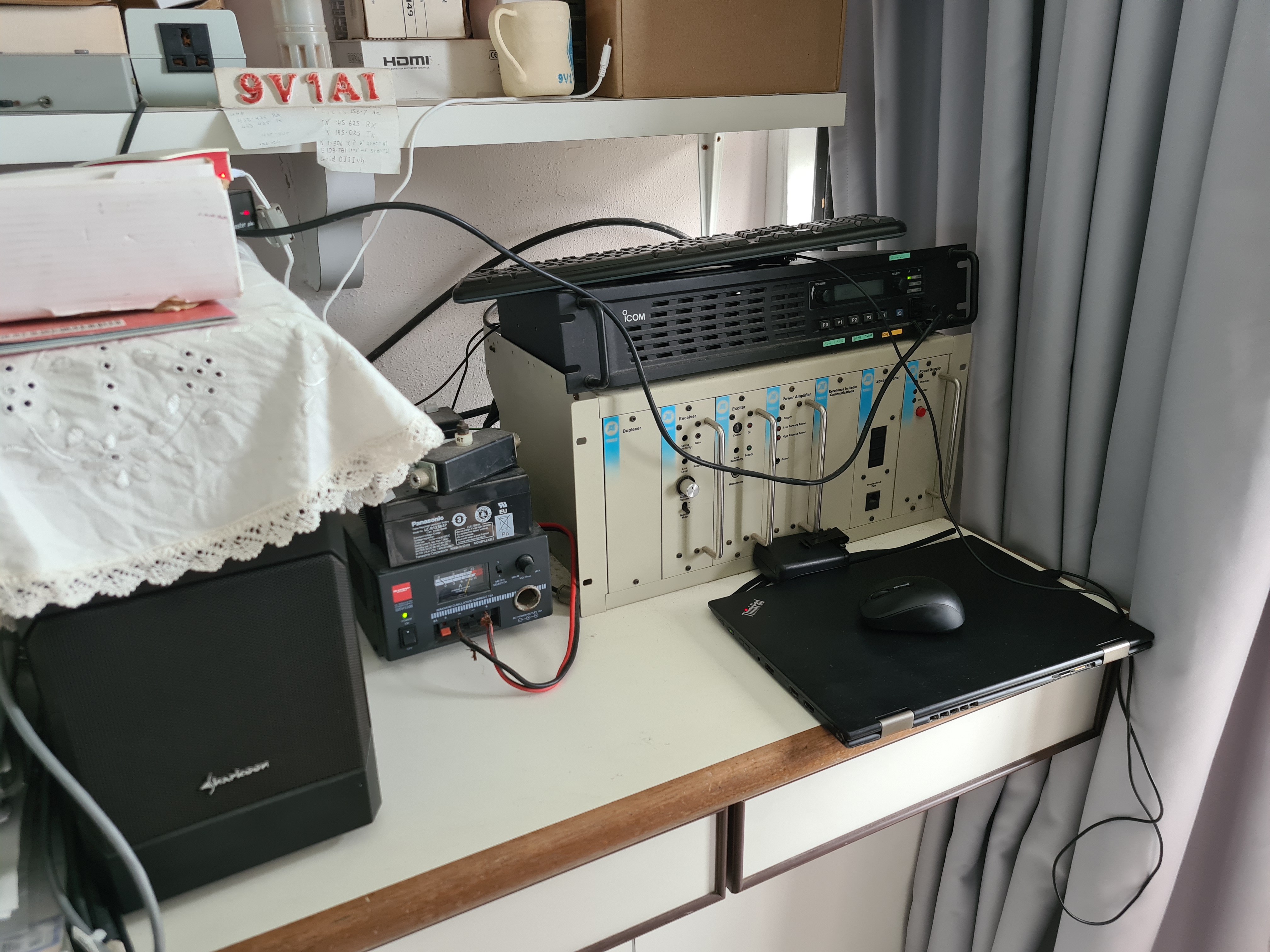 The old UHF repeater appears to be the Tait T-800 unit. 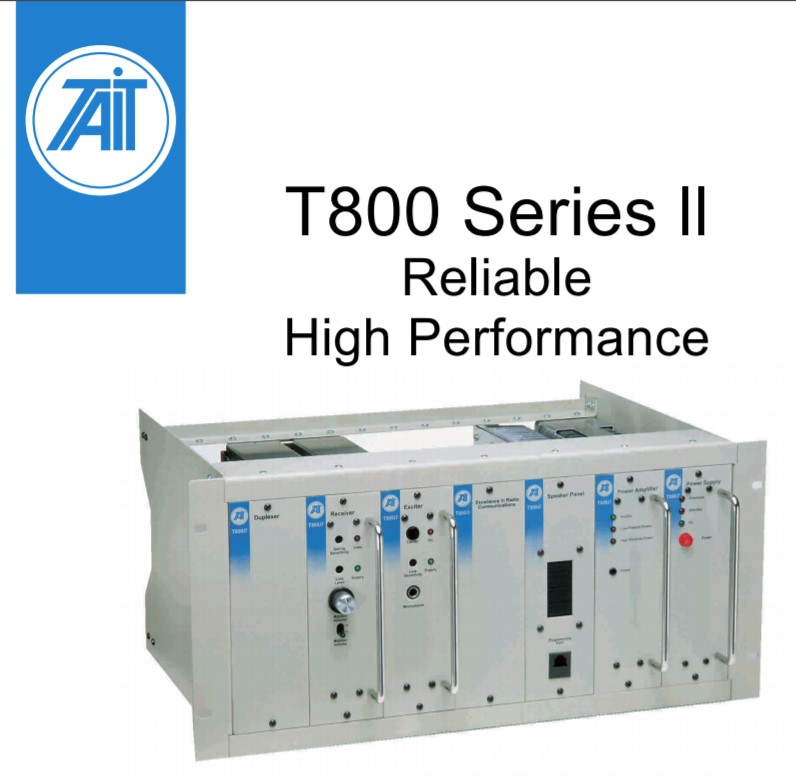 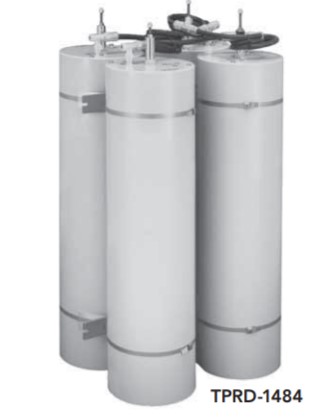 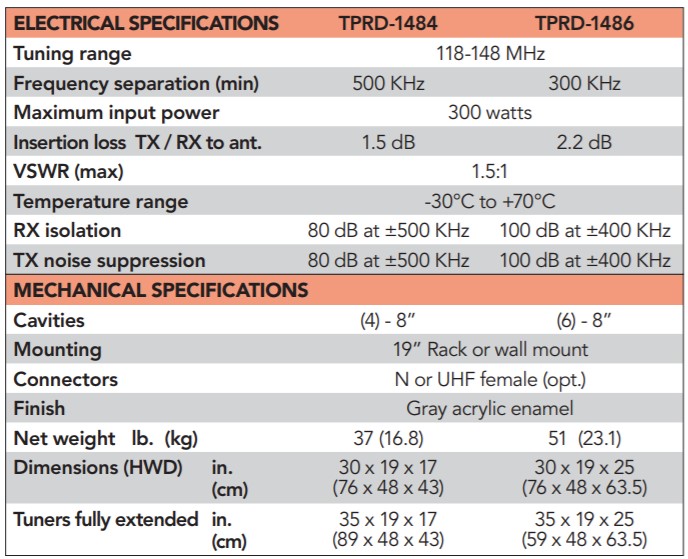 The cavity tuning guide is also attached below.

Measurements of the repeater cavity shows that it is very likely detuned and will require re-tuning of at least one of the receive notches and one of the transmit notches. Of the four, only two are correctly tuned at the moment. 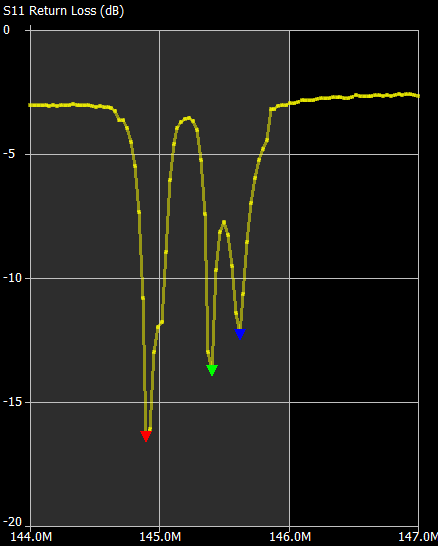 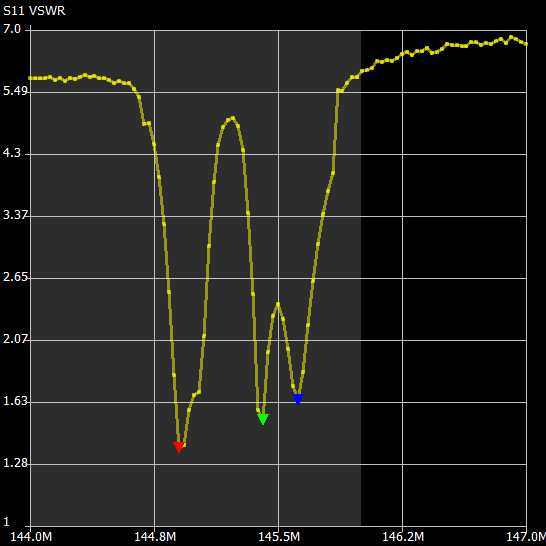 The little ledge to the right of the red marker is 145.02MHz. I didn't place a marker here because the software can only place three markers.

The cavity consists of two notch filters for 145.625MHz (on the TX side) and two notch filters on 145.025MHz (on the RX side). The two filters are stacked should line up to give a deeper notch. From the plot, we can see that only one filter on each side of the TX and RX are correctly tuned. The other two are off tune (145.41MHz and 144.9MHz). This is resulting in an insufficient rejection of the TX frequency, hence leading to the desensing of the receiver. This detuning also returns in less than optimal SWR and the output would see more loss than necessary, meaning that we're probably not putting out the power we think we are.

The resolution of this problem should minimally involve the retuning of those two notches that are off. In a properly tuned repeater, the two notches on the right (green and blue) should line up giving a deeper notch at 145.625MHz, and the two on the left (red and the "ledge") on 145.025MHz. The fact that we can see 3-4 notches is a sign things are not aligned.
Top

Baseline parameters of the repeater

Input voltage currently 12.88V being supplied by a Diamond GSV1200 that is rated for 12A continuous and 15A intermittent.

The discone antenna itself is exhibiting an SWR of around 1.6:1 at the input frequency of 145.025MHz. 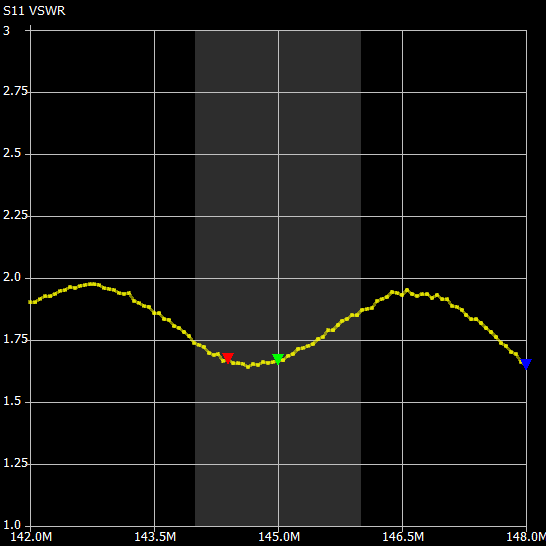 Before adjustment, the SWR from the TX port of the repeater is 6.226:1 while the SWR of the receive port was a more reasonable 1.75:1

The cavity tuning was originally optimized for rejection. The S11 from the antenna port into the cavity is as follows:- 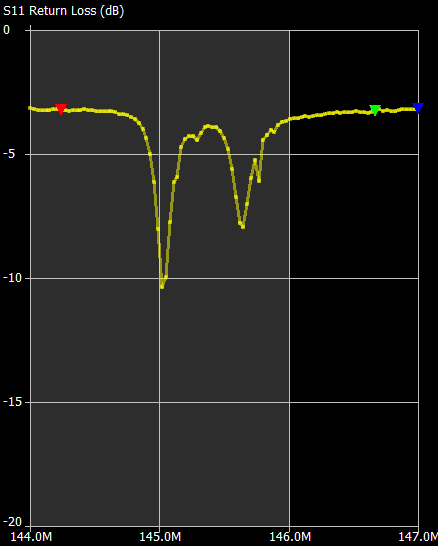 1. The cable connecting the TX port of the repeater to the cavity was mis-assembled, leading to the cable coming apart. This was rectified by re-assembling it with the washers and gaskets in the right order - providing a now secure connection on both ends of the cable. Both sides had to be re-assembled. This was further sealed to provide some water resistance on the external side.

2. Only the TX cavity closest to the repeater side was adjusted. The idea was to make as few adjustments as possible so as not to change the already good receive performance. That said, all the cavities affect each other in some ways so some change on the receive side is inevitable. The tuning was done per the Telewave recommended procedures outlined in the manual.

3. Primarily, it was found that the pass-reject spacing had to be adjusted via the capacitor because it was less than 600kHz. This was done with the single cavity isolated from the rest - and for maximum rejection at 145.025MHz (input frequency) and for the minimum loss at 145.625MHz (output frequency). The insertion loss was not adjusted in keeping with the aim of making minimal changes. The following plot shows that the rejection peaks and pass peaks had not been adjusted for 600kHz so when RX is optimized, TX would suffer, and vice versa. 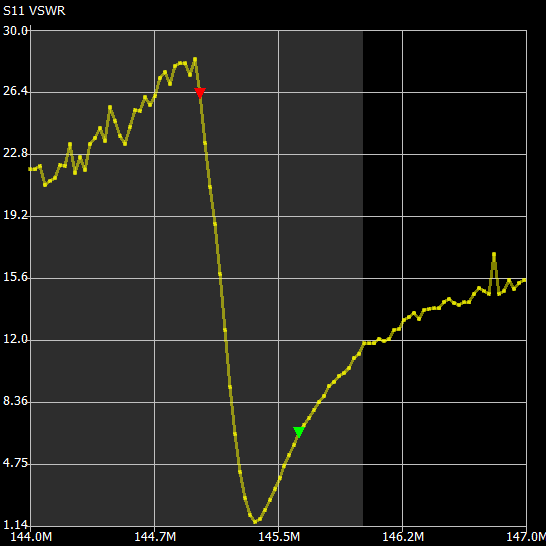 This plot after tuning shows that receive loss had deteriorated by about 1dB but transmit side had improved by nearly 10dB. 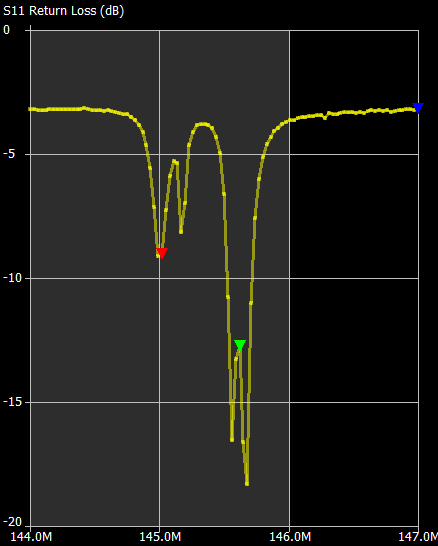 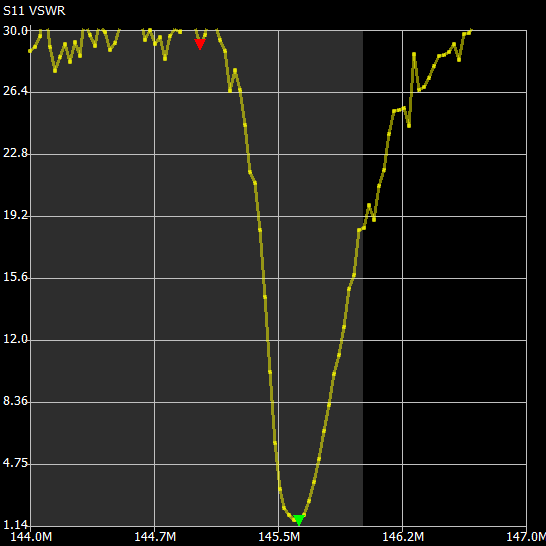 1. This was by no means an exhaustive tuning. The work was limited to the TX cavity that was deemed most out of tune, with the mind of bringing the SWR down sufficiently to enable higher TX power without causing the repeater to overheat. This seemed to have been achieved with weaker stations such as 9V1KG being able to trigger and hold the repeater, and get a good readability from it.

2. That said, the other TX cavity may also be suffering from a pass-reject spacing that needs to be adjusted with the tuning capacitor for optimal performance. This might also be true of the RX cavities but those were not thoroughly measured due tp the lack of time.

3. From the measurements taken - it appears that we can further optimize the tuning and gain about 5dB improvement or more from the TX path. The RX path can also be tuned to gain back the lost 1dB.

4. Further usage is needed to see if the RX side rejection of the TX signal is still as good as before.

5. I would say that the current tunings are not optimal but should be good enough to keep everyone happy until we can do a more thorough tuning. It looks like better performance can still be achieved with more careful tweaking.

Work to be done

1. Cables need to be labelled. There are some unconnected cables around that can lead to some confusion.

2. Use compressed air to clear out ventilation holes and check if fan is clear and running.

3. Check current draw and voltage sag during QRO transmission. If the voltage is sagging too much, this will result in higher operating current.
Top 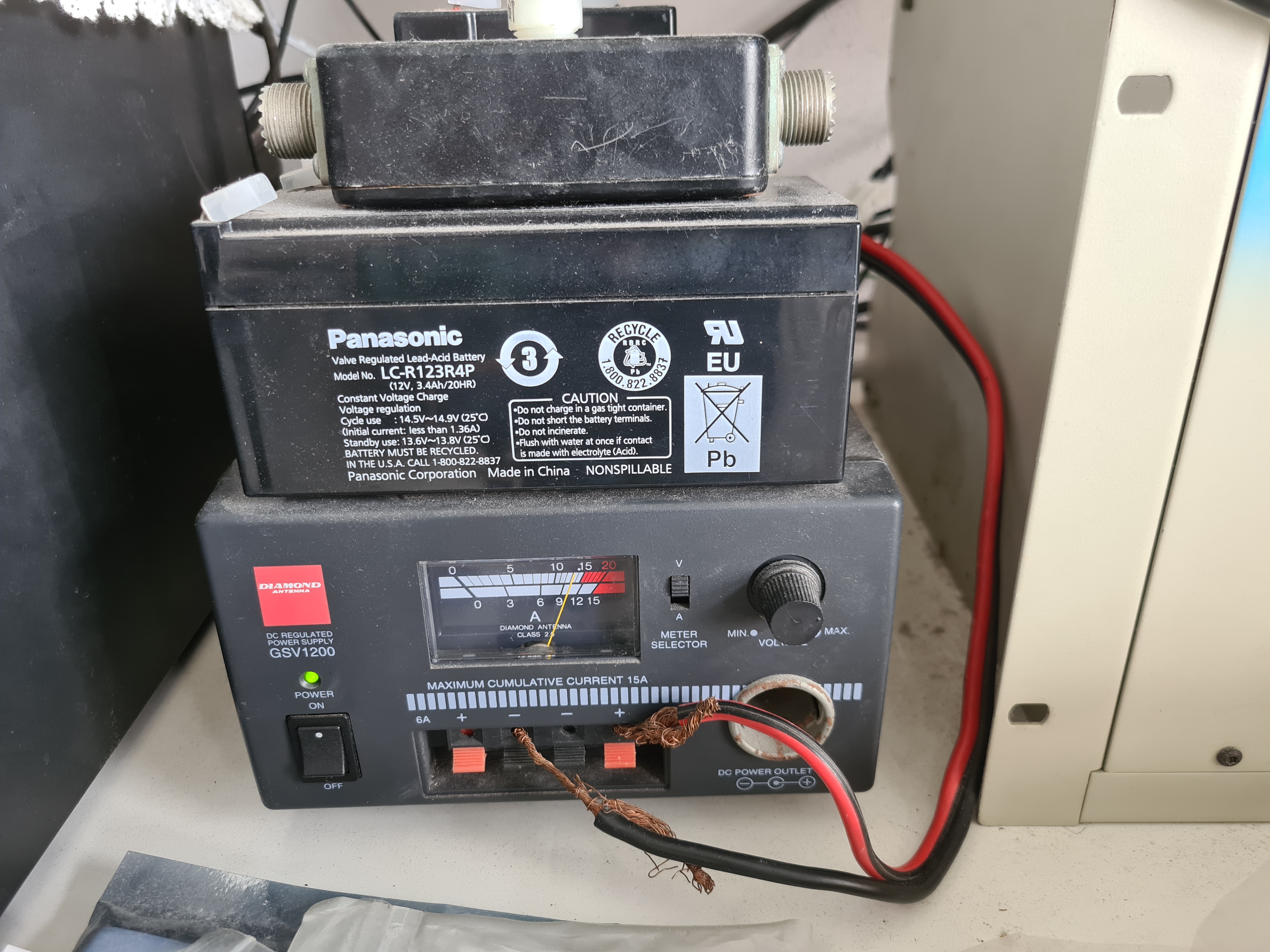 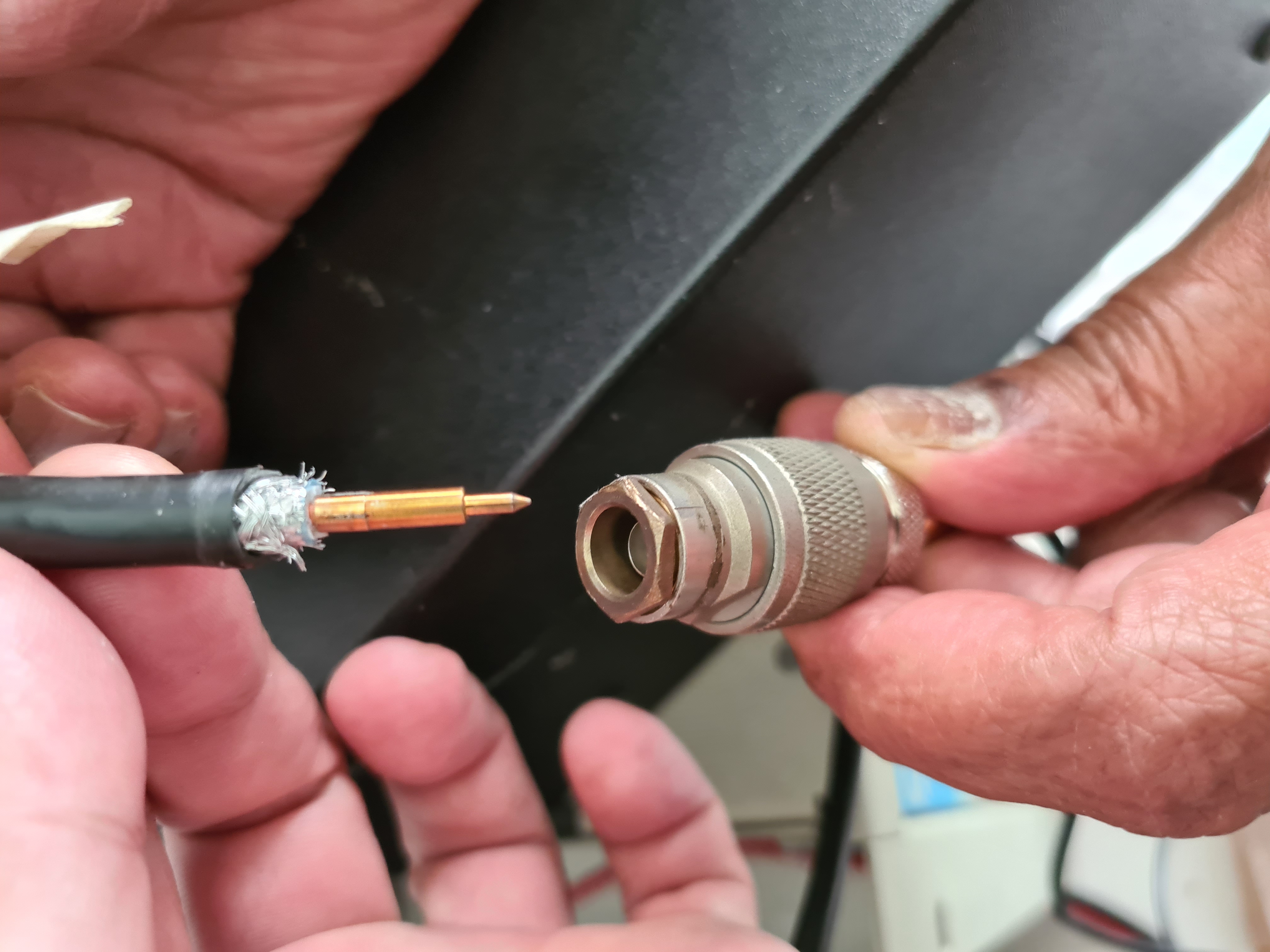 3. Cavity on the service balcony with protective cover removed. 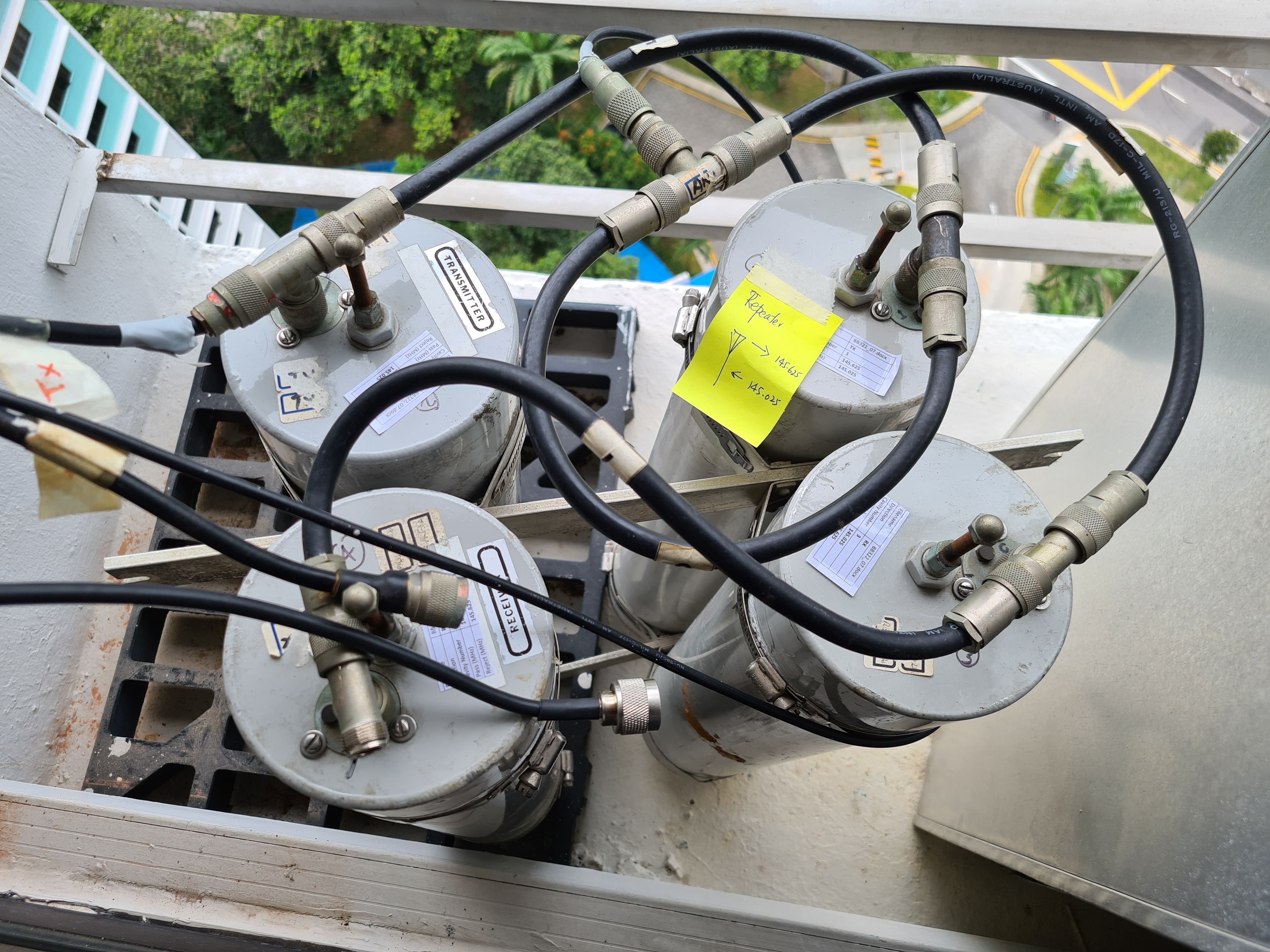 4. Water proofing has come off. Replaced. 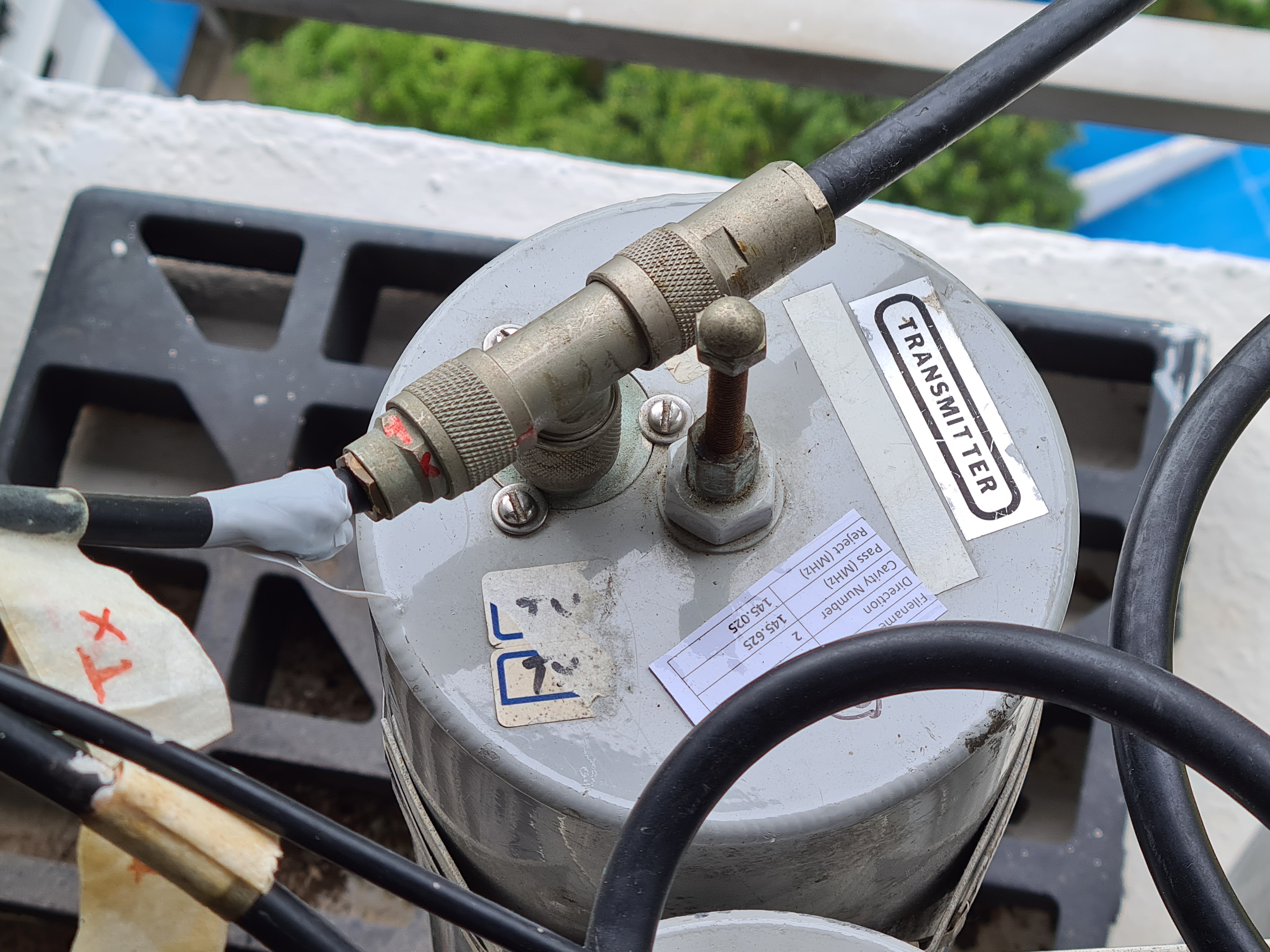 5. Adapters used to adapt to the N-connectors, sees some corrosion. Probably need proper cables made for the purpose. 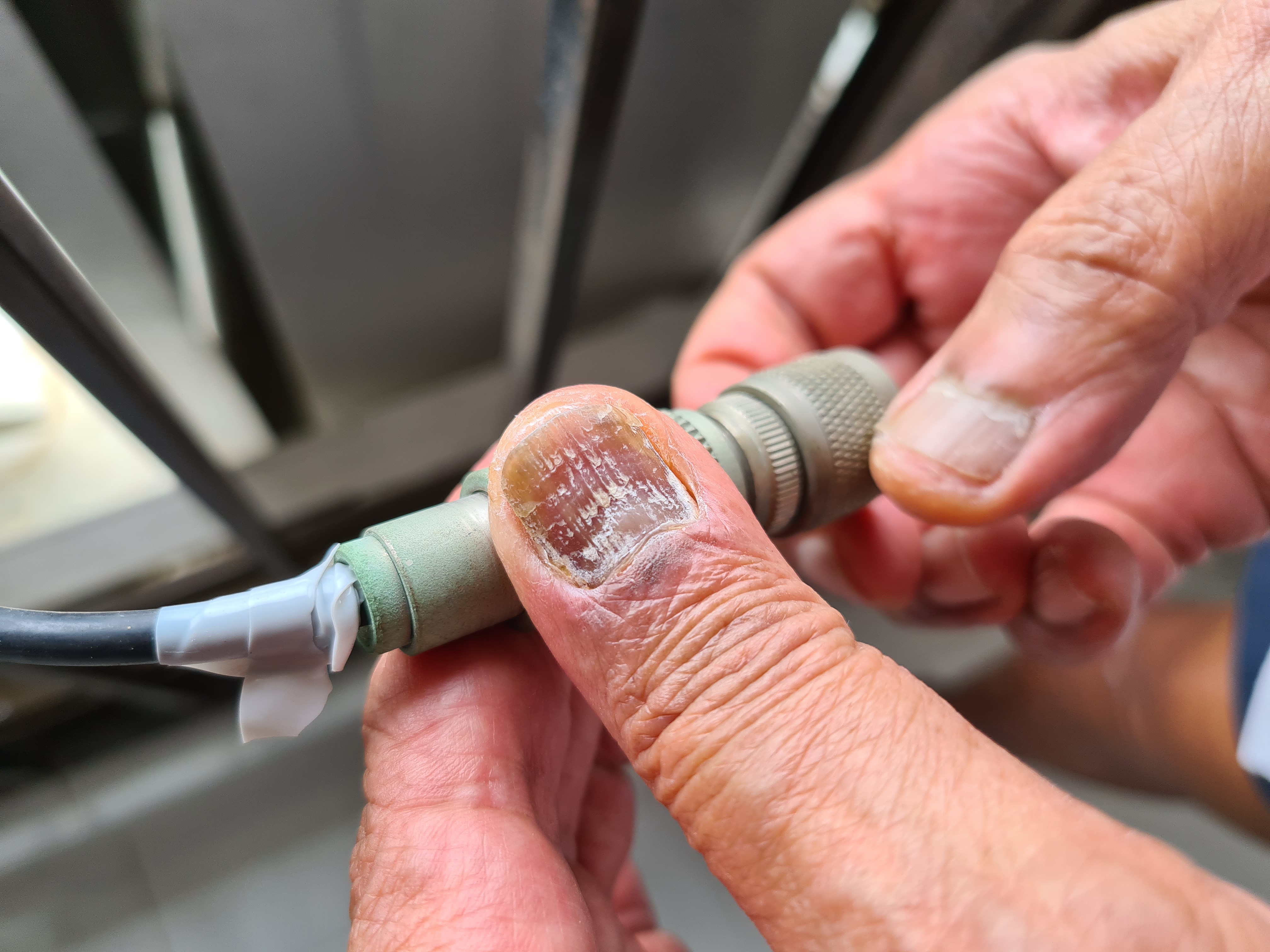 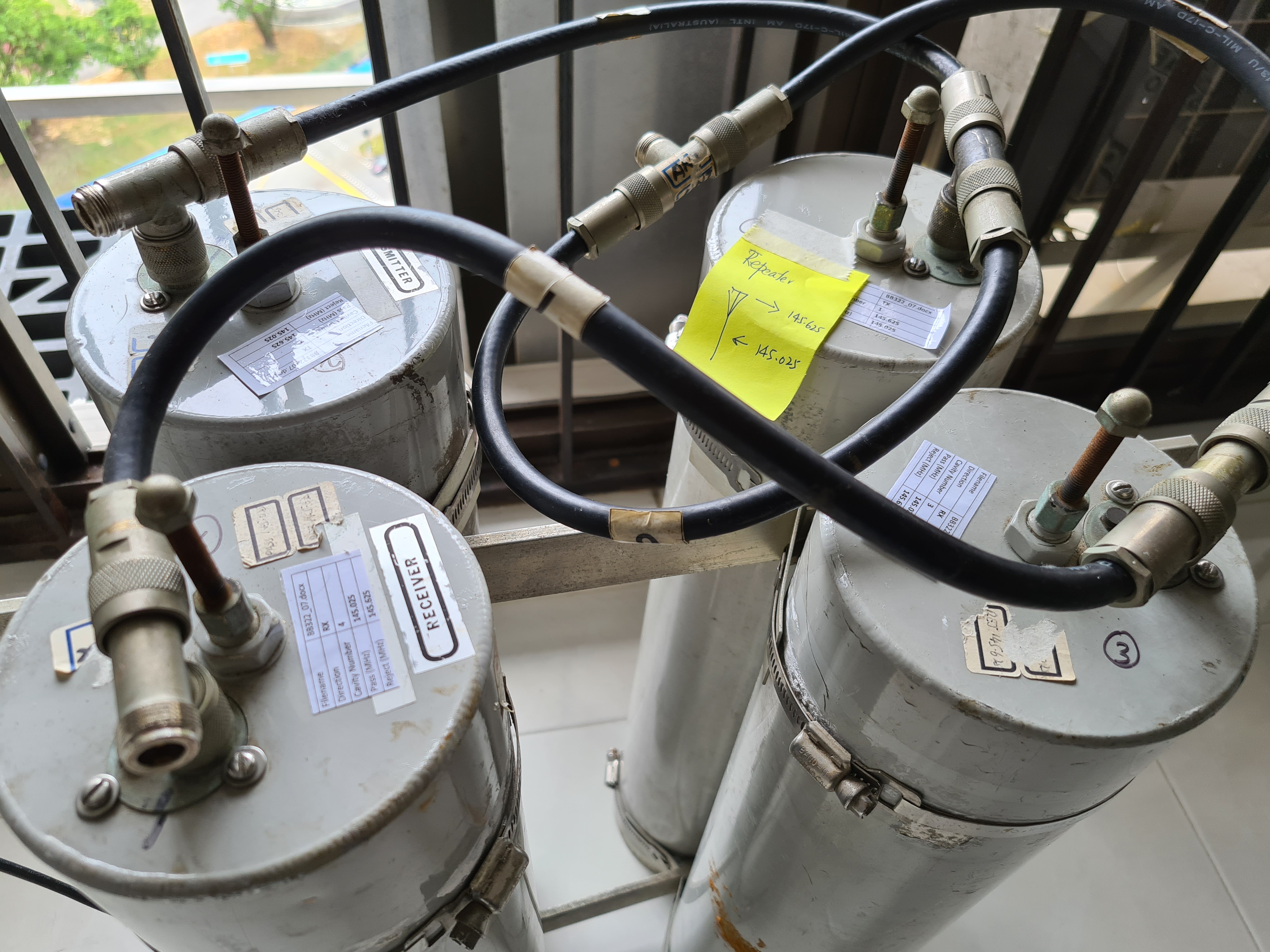 7. Finally back in place 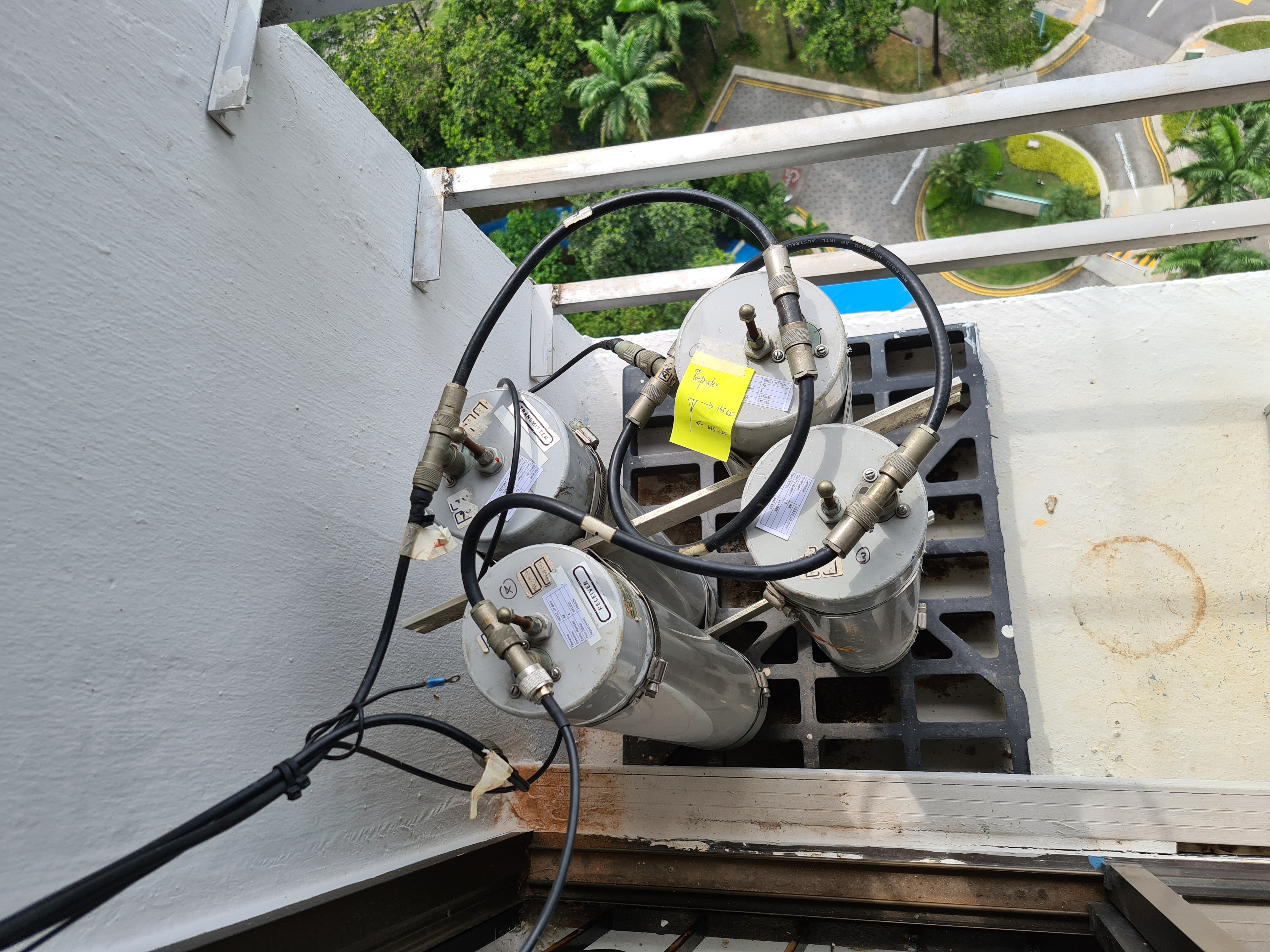 8. SWR as seen by the transmitter 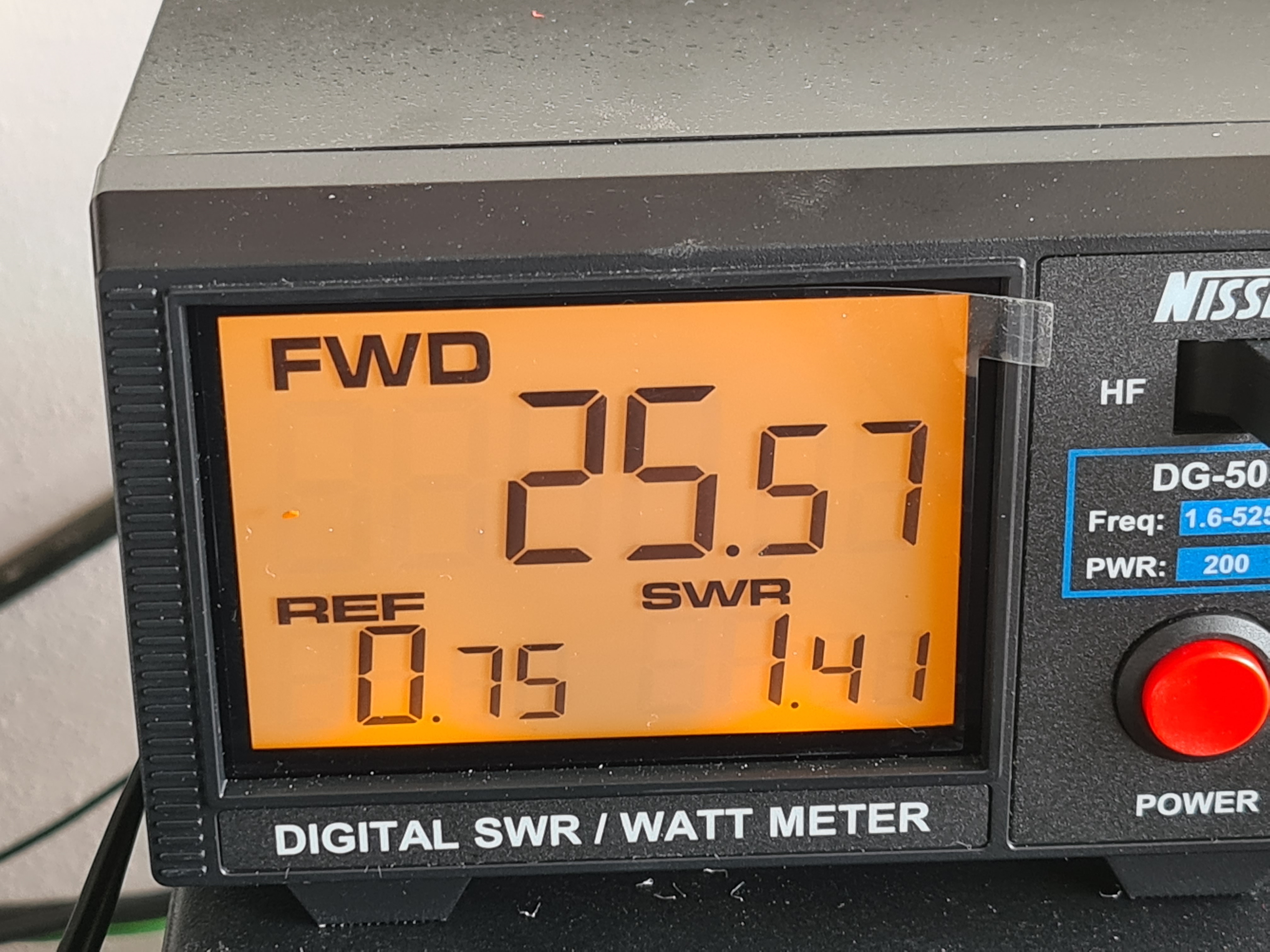